Tour on the north coast of João Pessoa

"The most complete Jeep 4x4 tours on the beaches"

The North coast Beaches of João Pessoa, with JEEP 4x4!

THE TOURS on the North Shore:

The north coast Beaches of Paraiba

It is necessary to distinguish between the urban north coast (up to Cabedelo), and the north shore on the other side of the river Paraíba, in Lucena:

1.- The interest of the first is to combine touristic points such as the Areia Vermelha Island, the fort Santa Catarina, and the Sunset on the beach of Jacaré;

2.- The interest of second lies in a coastline well differentiated from the south coast, allowing JEEP 4x4 stretches on deserted beaches and shallow warm water of Ponta de Lucena, until the wild barra do Miriri.

In this last tour, the JEEP 4x4 cross the Paraiba river on a ferry. This itinerary also includes a visit the church "Nossa Senhora da Guia", and the ruin of the church "Bom Sucesso" for the more adventurous.

Lucena being a fishing village, fishes are a must. It is best to do this tour when the tide is low in the late morning...

There are 2 OPTIONS:
- Lucena Adventure: Include the Fort of Cabedelo. Riding along the beach. With Jeep trail in the woods, passing by the ruin of Bom Sucesso and going up above the cliff of Barra do Miriri;

- Lucena Kayak (easy, safe and comfortable): Riding along the beach. Swapping the Fort and the trail in the woods for longer in the water, with kayak in the sea.

(in Natural Pools of shallow and warm waters, whitout waves or current, with stable, comfortable and easy to use kayaks with lifejackets + beach chairs);

Formed by the red sand caught in the canyons eroded by rains, swept away by the sea, and that builds up behind the coral reef, the Red Sand Island is to visit when the tide is low. 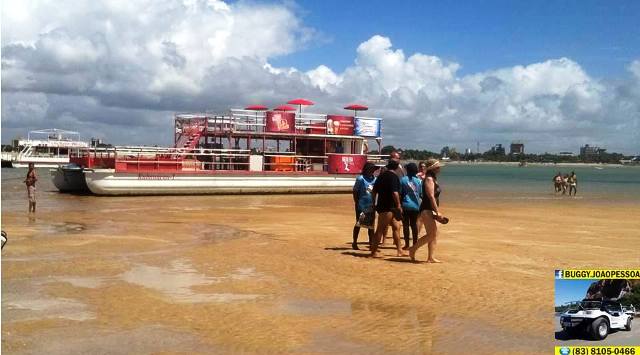 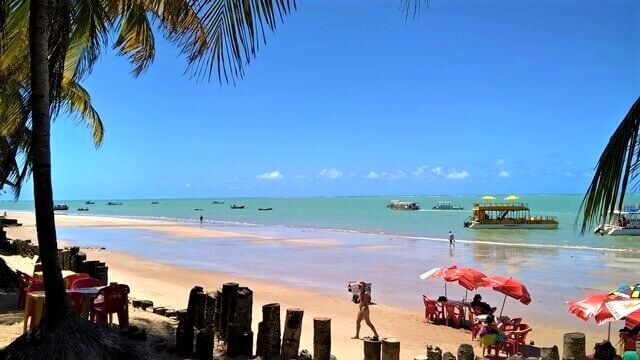 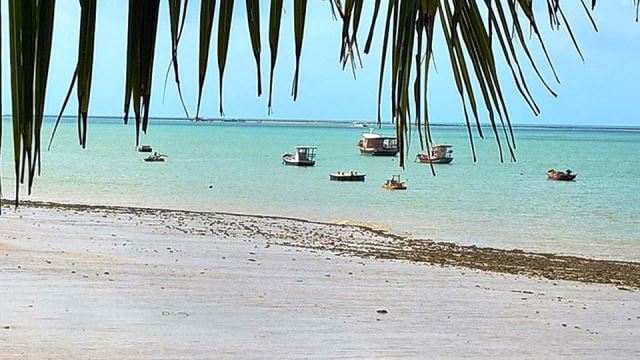 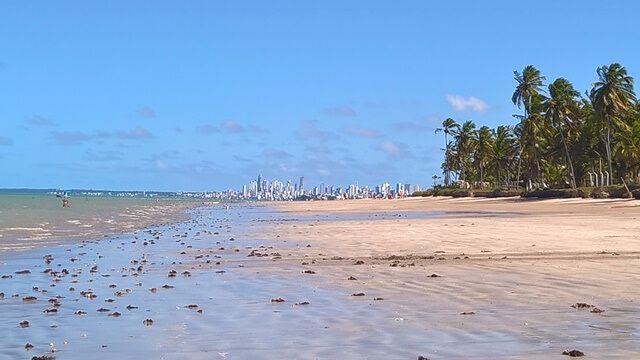 It was used to defend the only access (at that time) to the old town, situated on the banks of the river. It has existed in the past another fort on the side, in Lucena (which doesn’t exists anymore), to defend the entrance of the Paraíba river.

The fort contains illustrations of the meeting of Portugueses with Indians, with scenes of battles and exo-cannibalism very realistics! There are also pictures of the cruel whaling that took place here until the early ‘80s... 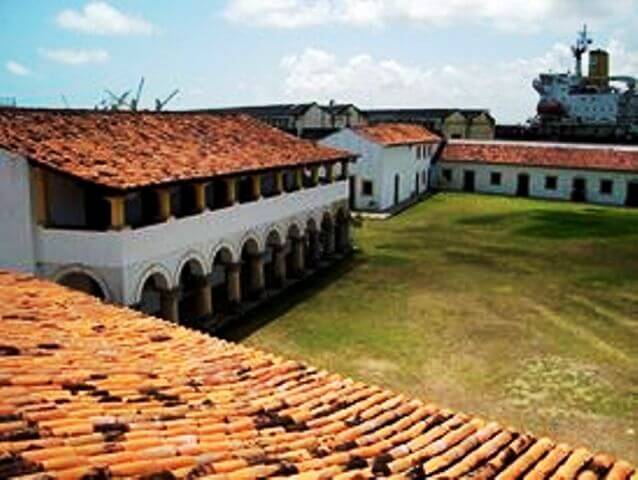 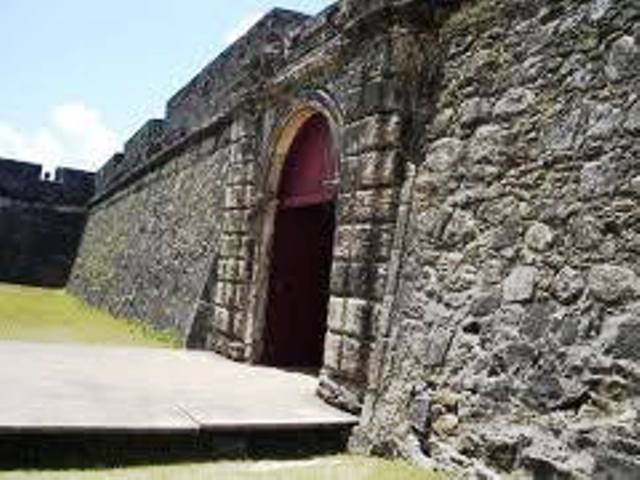 The ferries to cross the Rio Paraiba (North shore in Lucena)

Ferries are used by vehicles to cross the river Paraíba. There are also floating buses to transport passengers...

The church Our Lady of Guia

Church of the late sixteenth century, built by Carmelites to evangelize the Indians of the north coast. It was destroyed and restored.

The limestone facade in the tropical baroque style (with fruit representations of the region), is a true work of art that has been preserved to date.

Opposite the church there is a colorful cemetery... The church is still in operation, and every year there is a large procession there. 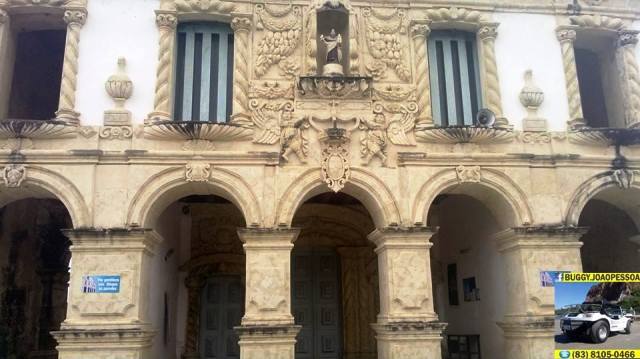 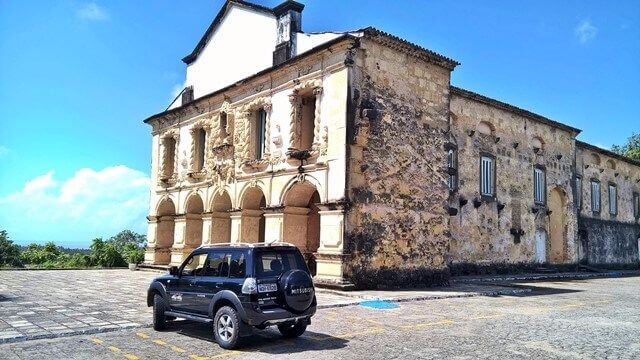 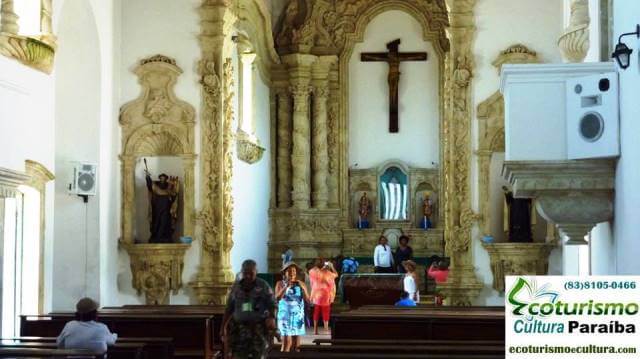 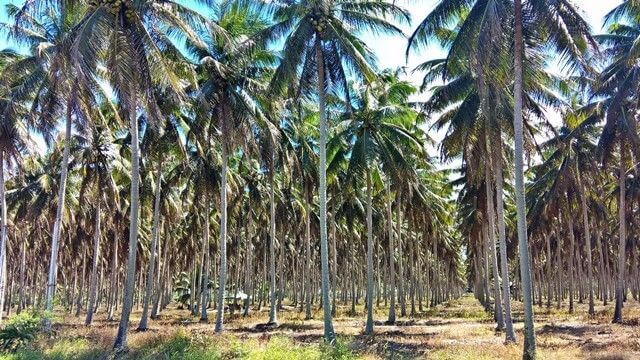 Very long sandy beach where the water is shallow and warm... When the tide is low, you can move hundreds of meters into the sea: superb! There are only fishermen, and nature is incredible.

These sand banks that go in the sea are the result of opposing currents of the sea, and the Paraíba river. At the end, you can almost see giraffes heads in Africa ;-) 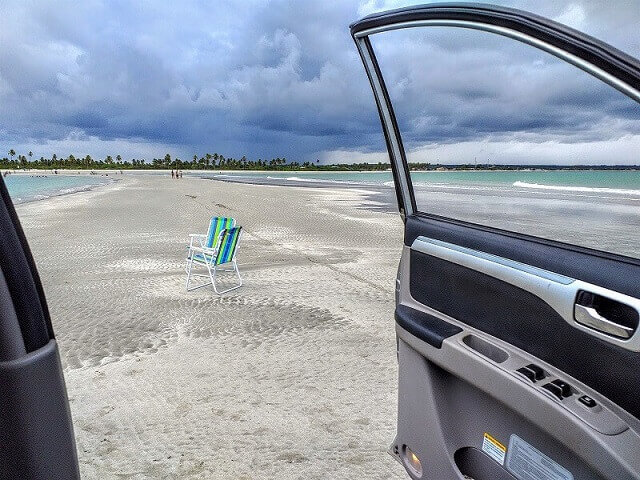 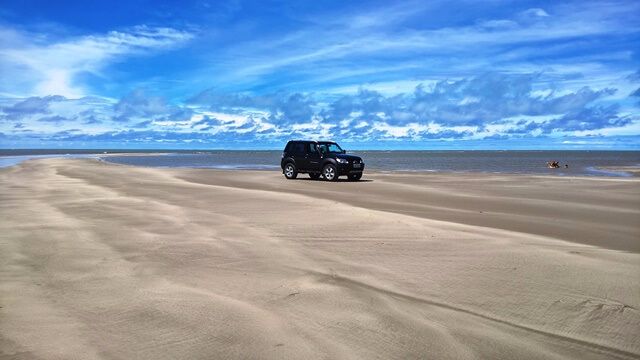 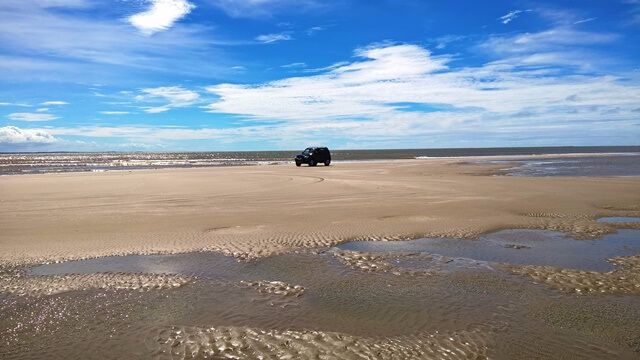 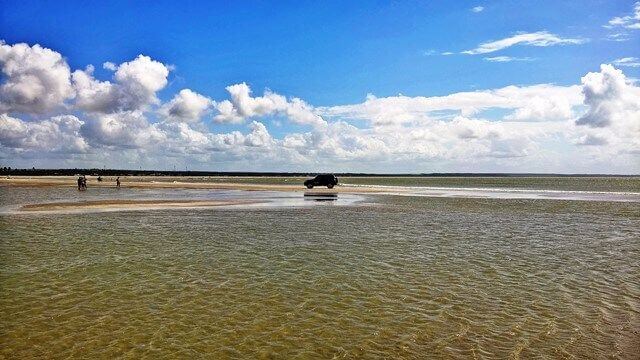 The Barra do Miriri

This is still a wild place where the Miriri river meets the sea, forming a lake and surrounded by high cliffs... Great to take a bath in the river, in the sea or in the lagoon! 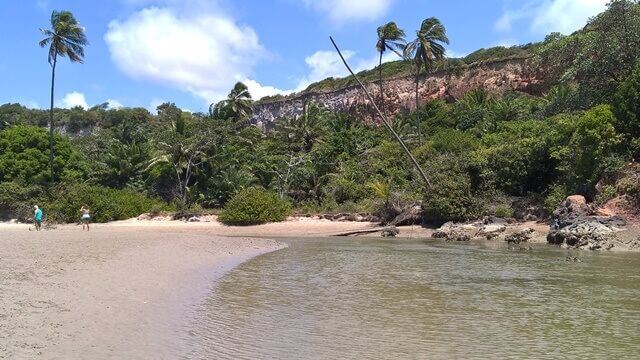 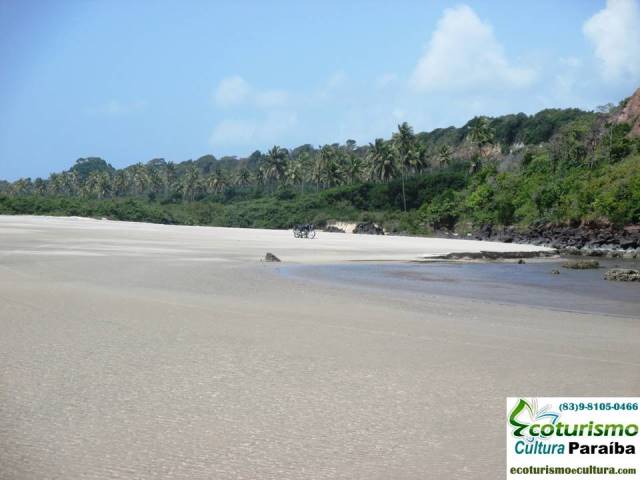 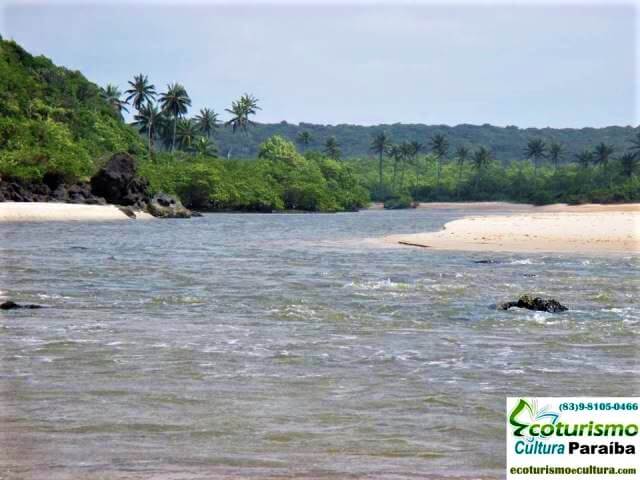 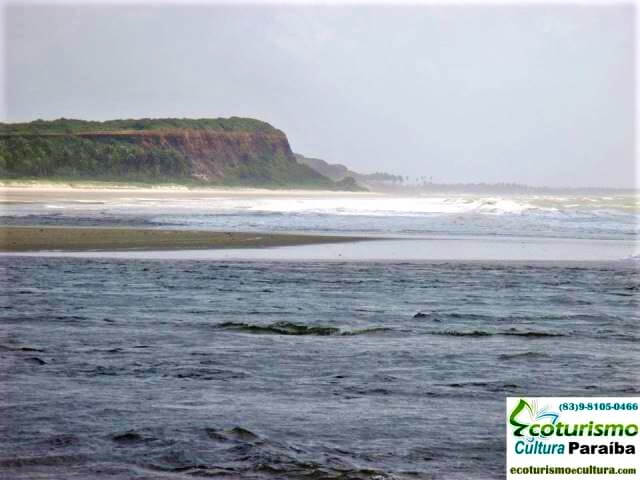 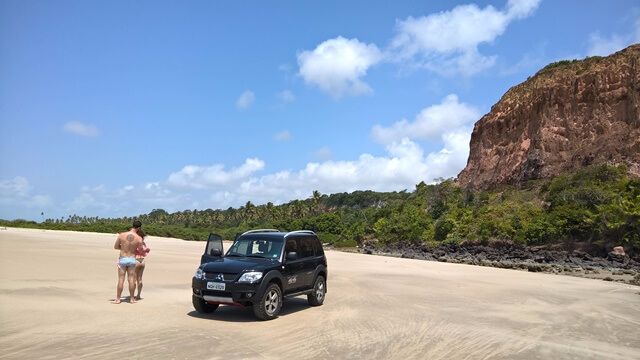 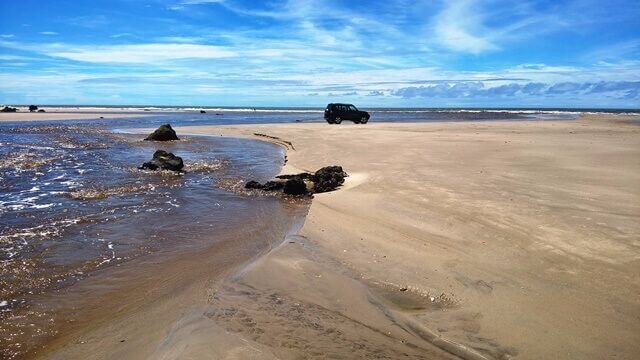 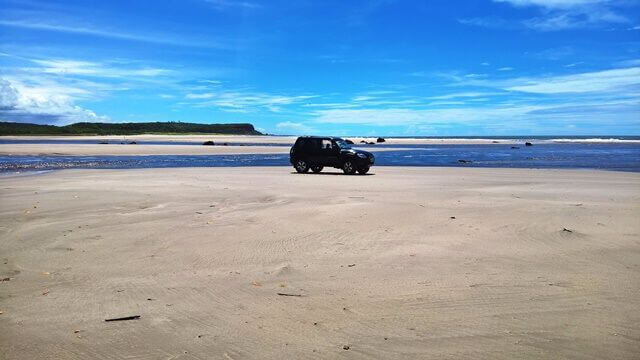 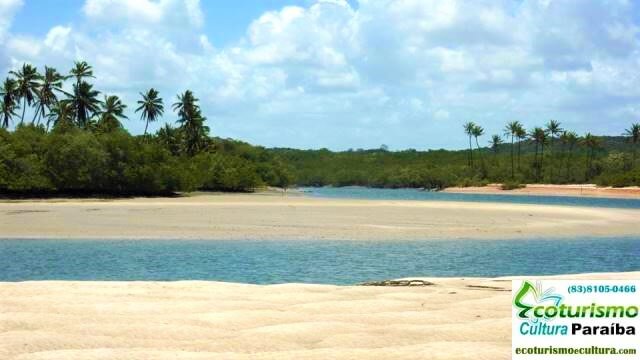 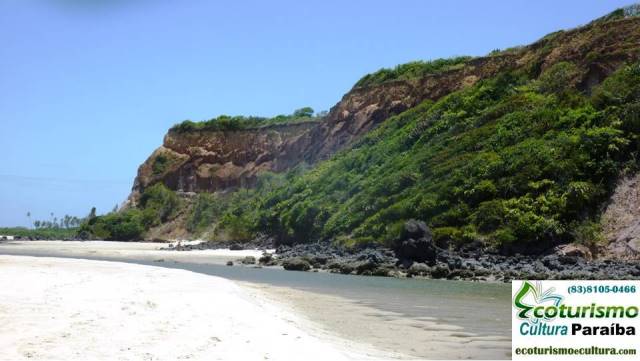 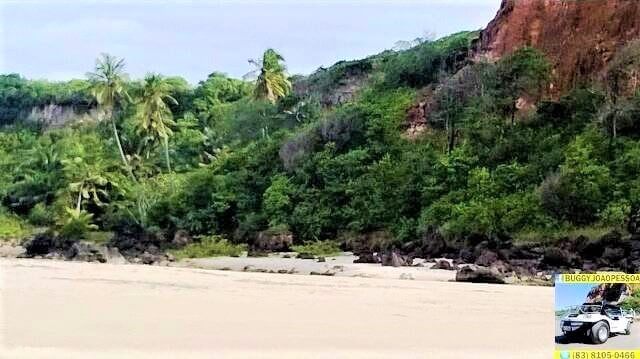 View above the cliffs of the Miriri Barra

Meeting of Miriri and Camaçari rivers with the sea... 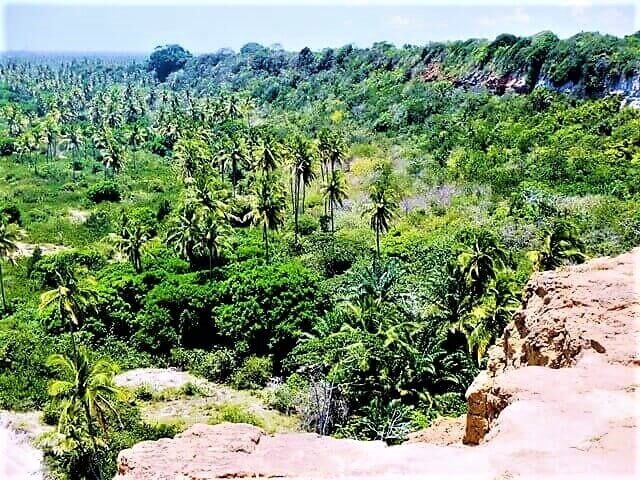 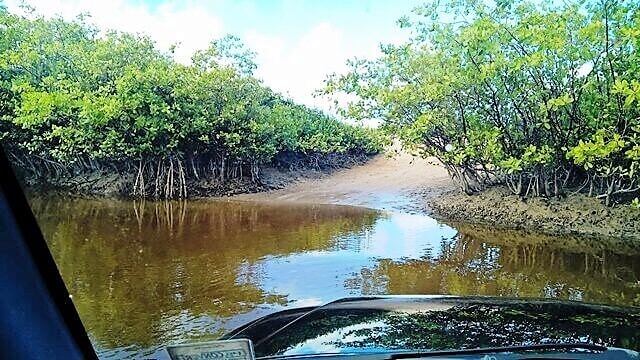 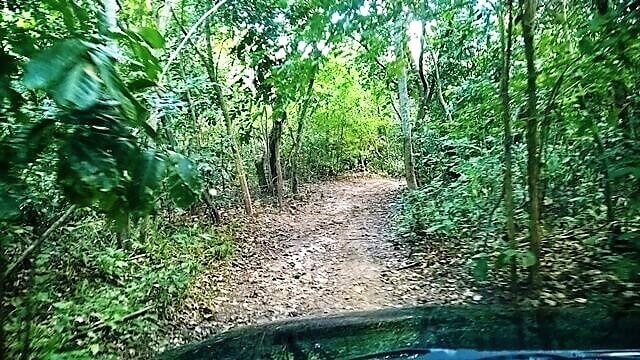 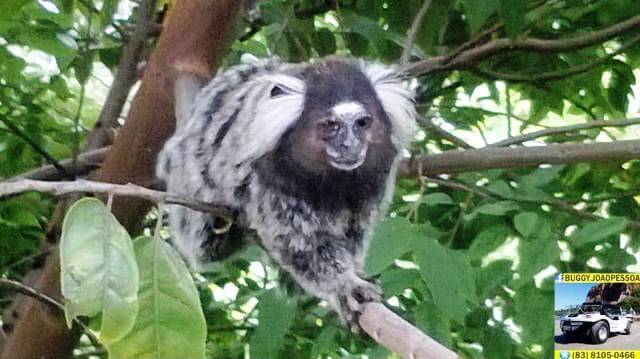 The ruins of Good Success

Impressive ruin classified by the IPHAN, in the middle of nature, far from all: it is necessary to cross a mangrove to get there! The façade of the church looks like being by a tree! (a "gameleira").

This church was built by Carmelites to evangelize Indians of the region, and was part of a larger set with a mill (hence the name "Bom Sucesso"... but the church did not have a good success ;-) ).