Tourism in Paraíba: the Cariri

Tourist itineraries and attractions in Paraíba: The Cariri region 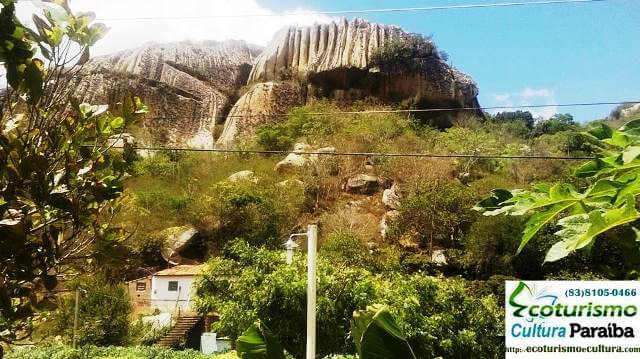 Cabaceiras is located in the Eastern Cariri micro area about 300 meters above sea level in the lower part of the Borborema Plateau, in the region of "Old Cariris".

Its headquarters is 180 km from Joao Pessoa, in the geographical area covered by the Brazilian semiarid region. Rainfall is erratic and scarce, with average temperatures around 30 degrees.

With less than 234 mm of rain throughout the year, rainfall occur only for three months, resulting in droughts that last up to ten months in drier periods, giving the municipality Cabaceiras the title of the driest region of the country. 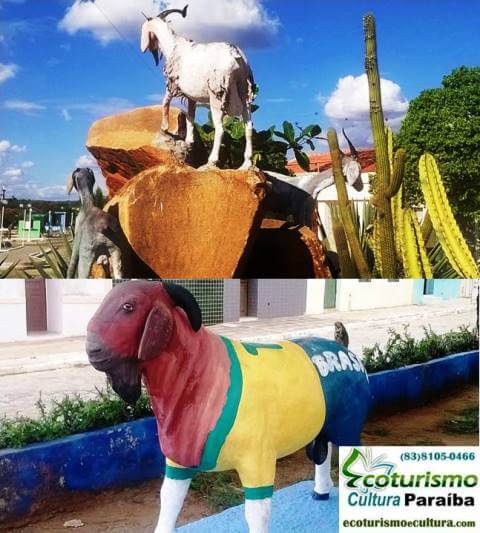 Composed of shrub savanna, typical of the most arid regions of the Northeast, with cacti, bushes and vegetation typical as xique xique, coroa de frade, Juazeiro, Umbuzeiro and jurema, among others.

One of the most visited regions of Cabaceiras is the Lajedo of Father Matthew, a rock formation that is about 30 km from the city center. 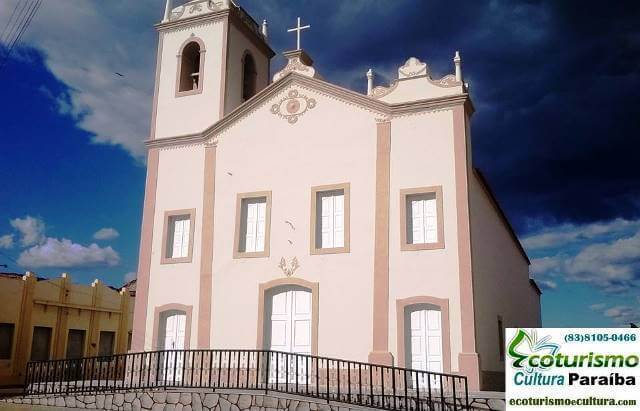 The city calls itself the "Roliude Nordestina" referring to the more than 25 films that were shot in the area. The long-footage "O Auto da Compadecida" for example, was recorded in the center and on the outskirts of the city.

"Cinema, Aspirin and Urubus" of Marcelo Gomes, and "Romance" of Arraes de Guel (the director of "O Auto da Compadecida") are other films that have Cabaceiras as a backdrop. The city houses a Memorial of the film. 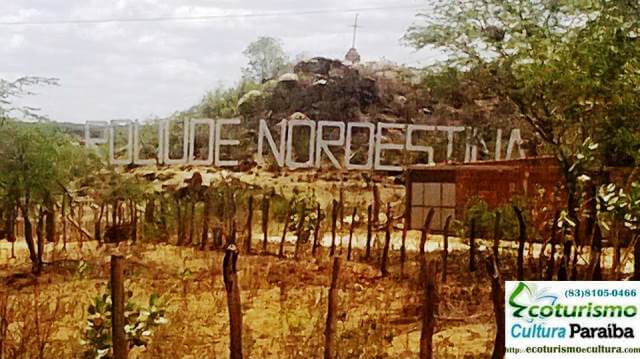 The name Inga is originated from the Tupi-Guarani and means "full of water". Its administration begins with the creation of the district called Emperor's Village, and is then elevated to city status of the same name, to finally be called Inga.

In Inga, which is about distant 95.6 km from Joao Pessoa, there are famous stones reminiscent of prehistory. 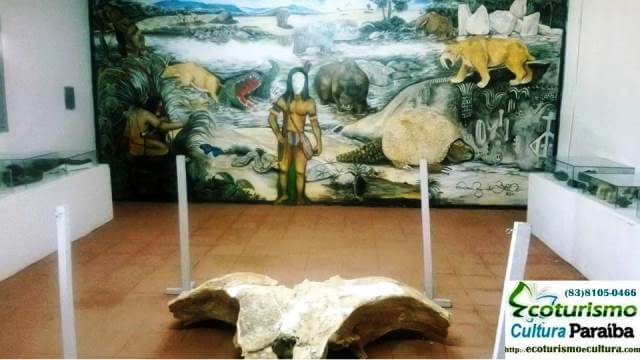 The stone of Inga is an archaeological monument, identified as "Itacoatiara", consisting of rocky terrain that has inscriptions carved in relief on a rock, by the Indians long before Europeans arrived. We have not yet been able to decipher the meaning of these inscriptions.

The origin of the term comes from the Tupi "Itacoatiara" which is a form of portuguese ekûatiara stone, meaning 'scratched' or 'painted'.

The gneiss rock formation covers an area of 250 m². In his main assembly, a vertical wall 50 meters long and three meters high, and on adjacent areas, there are inscriptions whose meaning is unknown.

In this set are carved in relief several figures, which suggest the representation of animals, fruits, humans and constellations like Orion.

There is a support building for visitors, with WC and a natural history museum with many fossils and stone tools, which were found in the area in the area where today is the city. 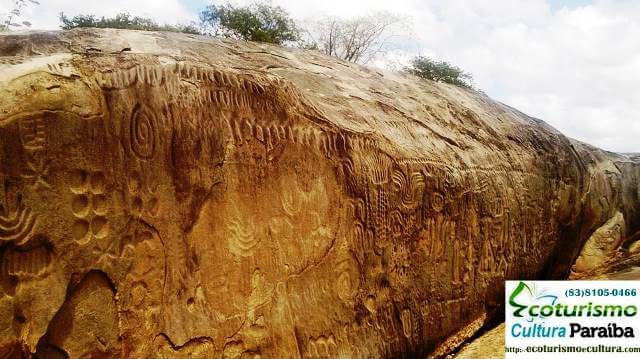 It is customary to associate the images of inscriptions of Inga Stone only to the vertical wall. But all the rocky terrain has the most diverse inscriptions, which were used various techniques of engraving in stone.

The reason why these inscriptions are distinguished from others is their simplicity, and this is another interrogation for researchers. Vanderley de Brito proposes that they could have been produced by earlier cultures of those who produced the main engravings.

Dennis Mota, already has another explanation: that the marginal inscriptions could serve as a blueprint for the inscriptions of the panels, more elaborate. 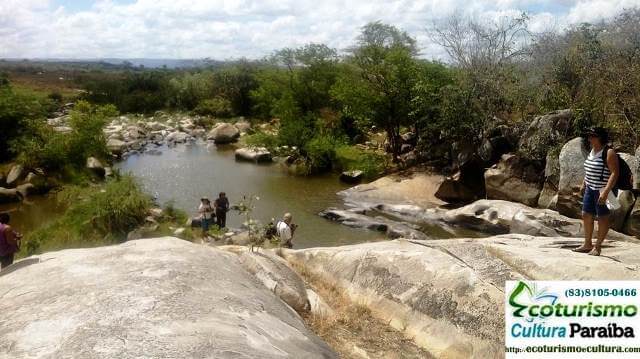 It is not known how, by whom or for what reasons were made the inscriptions on the stones that make up the whole rock.

There were appointed various origins, and many would argue that the stone Inga is of Phoenician origin. There is also a current that argues that the signs of Inga were the work of alien engineering.

Ufologist Claudio Quintans suggested that alien spacecraft have landed on the region of the stone Inga; the UFO came to collect soil samples where, he says, these ships had landed, but there has been no major findings regarding these statements.

Another researcher Gilvan de Brito, in the book "Journey to the Unknown", says there is Inga formulas for producing quantum energy and even mathematical combinations that could indicate the distance between the Earth and the Moon. 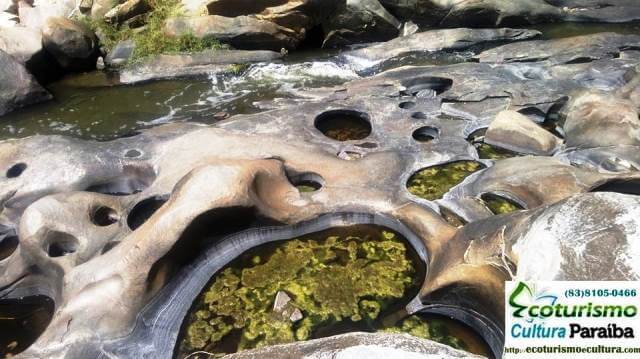 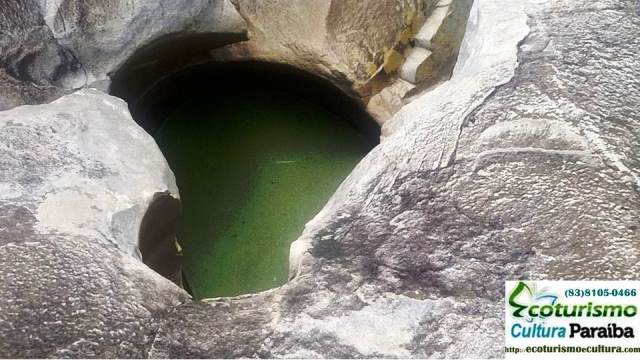 The Father Matthew Lajedo is a rock formation located in Cabaceiras in the state of Paraíba (Brazil). It consists of rocks (weighing up to 45 tons) that stand out on the stone floor and the sparse vegetation of the Cariri region of Paraiba.

The Lajedo is about 25 km from the city of Cabaceiras and is situated within a private property, the Hotel Fazenda Lajedo Pai Mateus.

According to studies the peculiar rock formation is the result of soil depletion over millions of years, due to natural fissures and large temperature variations. On some stones there are cave paintings attributed to Cariri Indians, who lived in the area about 12,000 years ago. 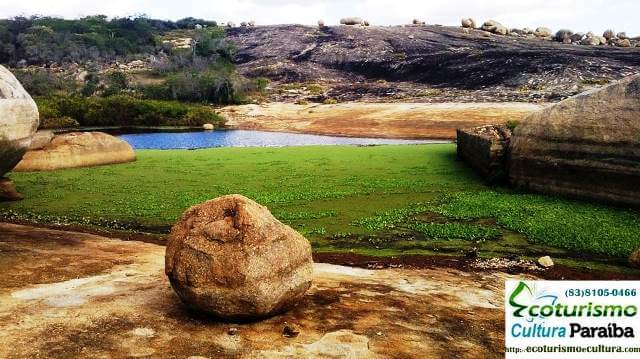 The legend says that a healer hermit lived in the region around the 18th century, and that many people sought him to consult. Father Matthew did not charge money for their healing, just food.

It is because of this hermit that the Lagedo has this name. Father Matthew was an Indian medicine man of the region, who lived on the flagstones (lajedo). The mountain was inhabited by Indians Cariris around 200 to 300 years ago. 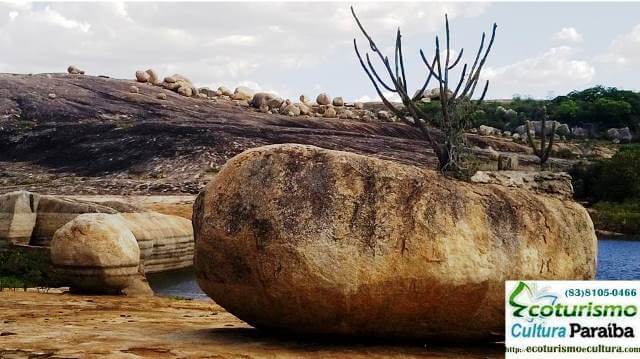 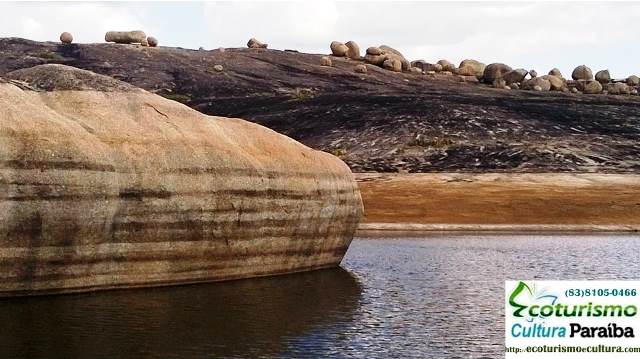 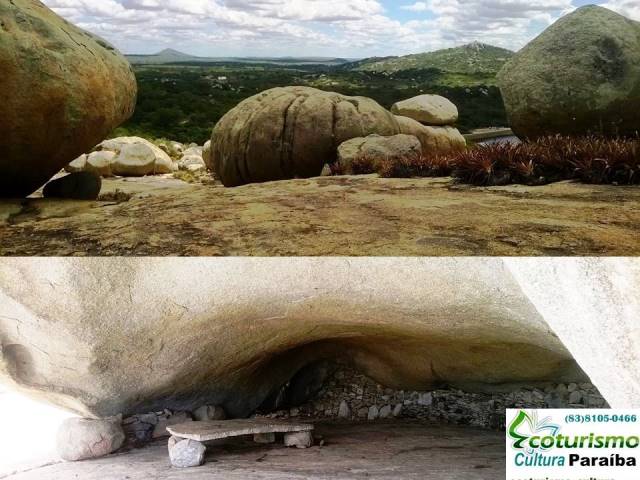 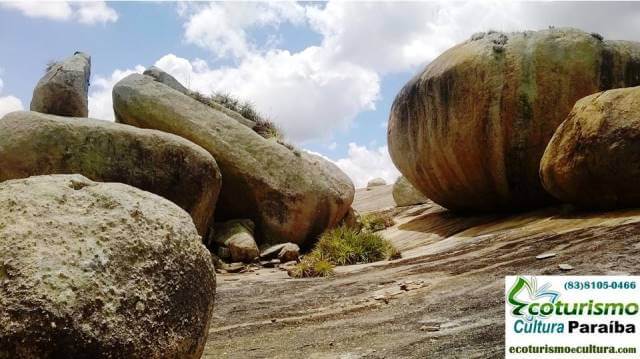 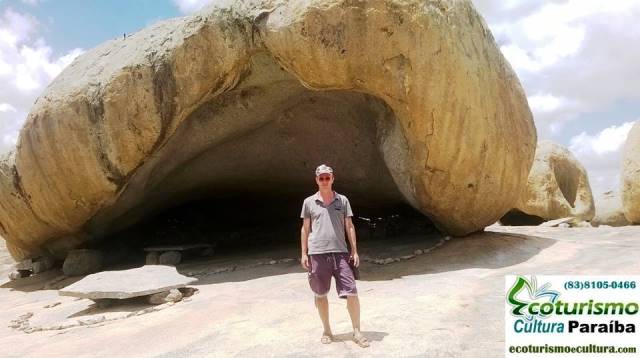 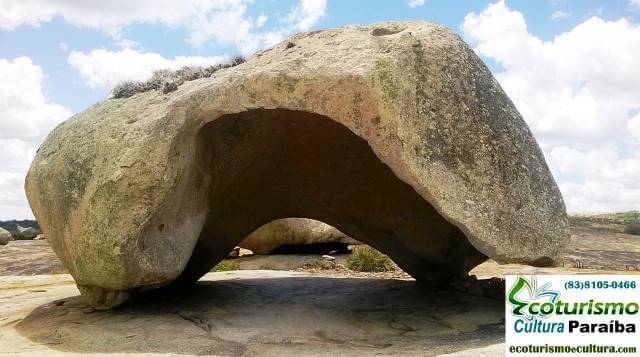 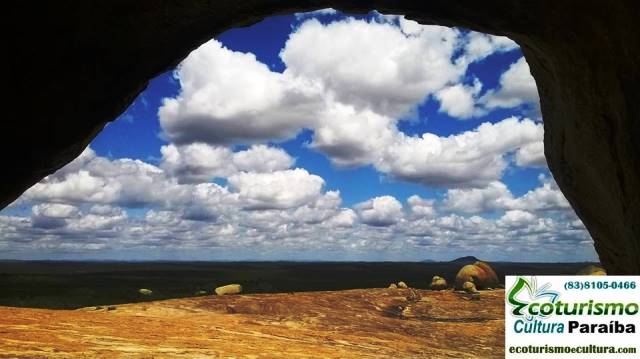 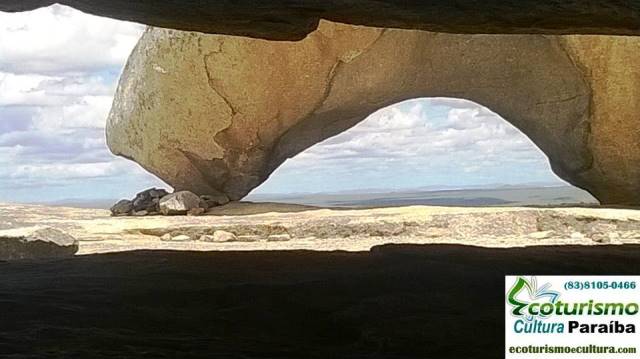 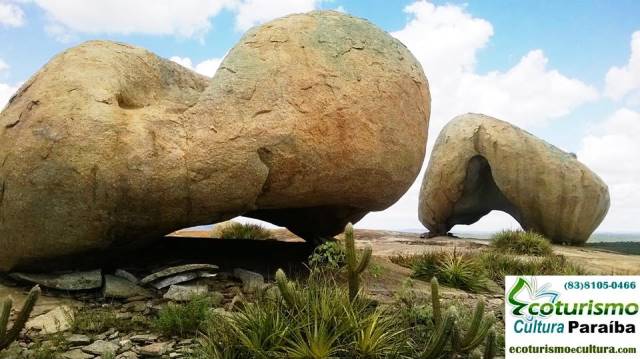 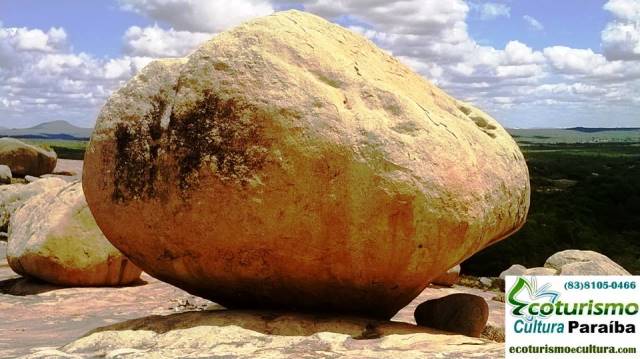 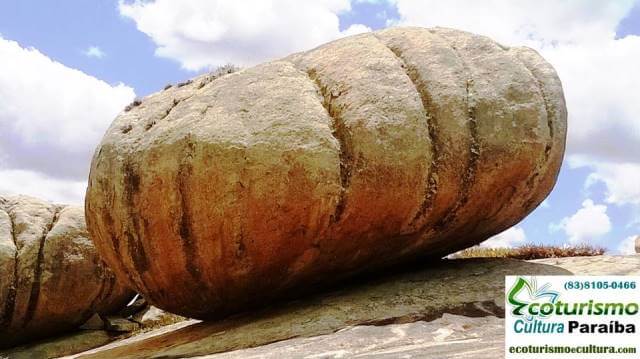 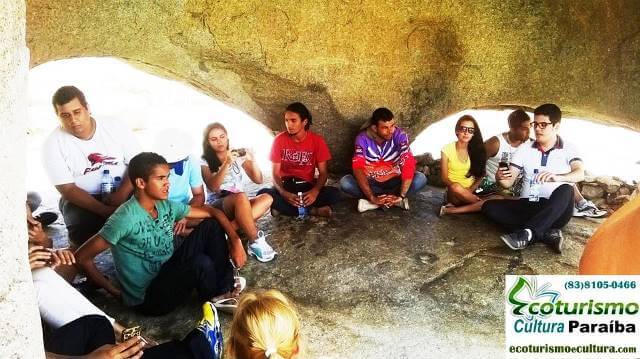 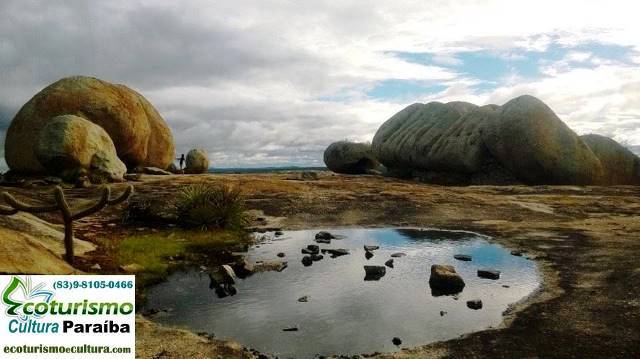 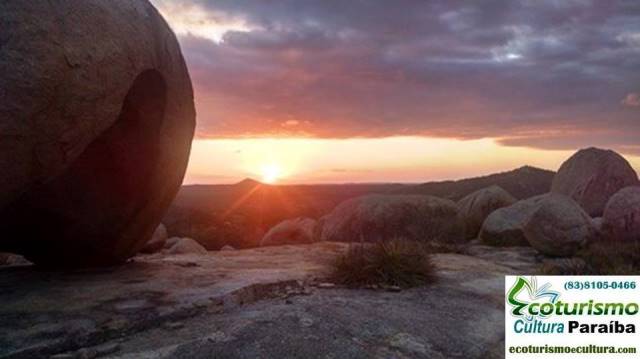 Unique monument, is Saca of Lã a work of art produced by nature? There are several blocks arranged one above the other, in a manner that leave a doubt on the absence of the human action.

As if that were not enough, above all of the rectangular stones, there is a granite ball that challenges anyone who dares to explain the work.

A beautiful lake, formed by rainwater, complete the scene. Here the water has green tones and contradicts the regional drought stereotype. 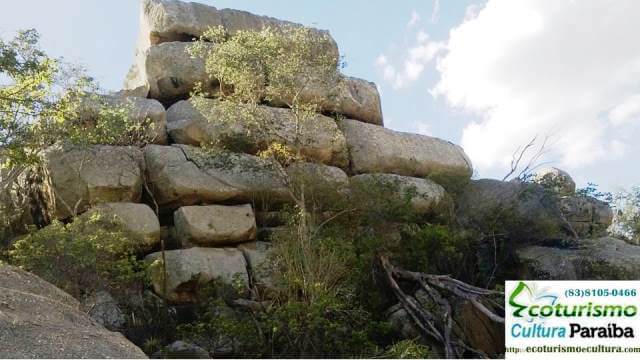