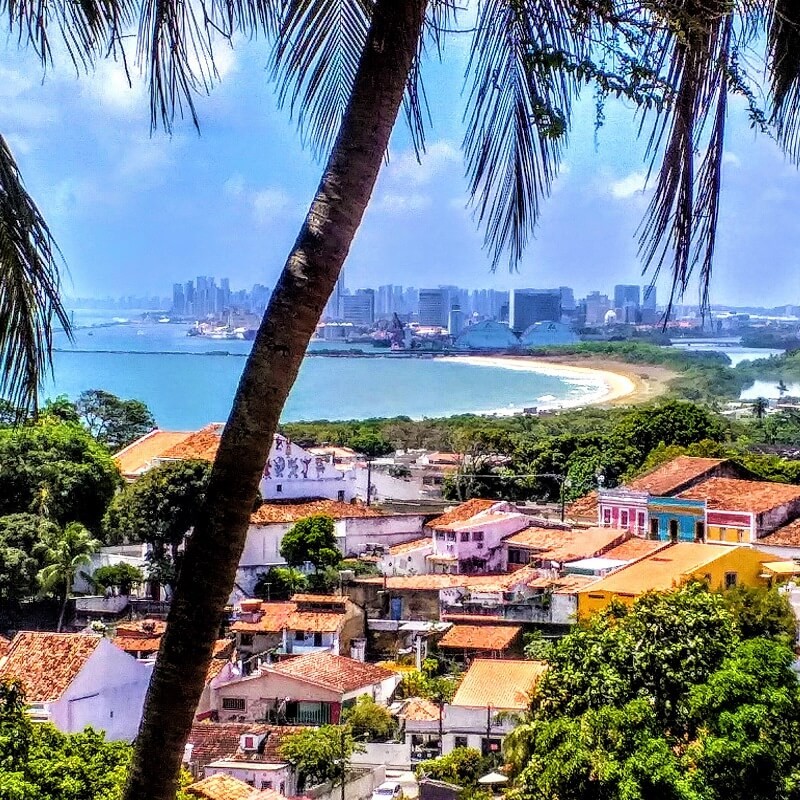 Exclusive VIP itineraries to enjoy more, comfortably and safely, without wasting your time.

HOW DOES IT WORKS and the info to BOOK. The TOURS and the PRICES.

The tumbled city of Olinda

Olinda daily receives hundreds of visitors that go up and down its steep slopes and traverse the narrow streets in search of lush nature, and architecture of the fifteenth which assured him the title of World Cultural Heritage by Unesco in 1982.

An important aspect in Olinda is the cultural vitality that the city usually shows. There are numerous events, sponsored by the municipal government or by independent cultural producers, creating in the city a climate of celebration that lasts all year.

Olinda offers visitors the opportunity to meet works from artists of international renown, like João Câmara, Tereza Costa Rego, Guita Charifker and other anonymous craftspeople, scattered in the 71 existing studios in the city.

From the top of their hills where the seaside landscapes are revealed... sang the poet Carlos Pena Filho, in his poem "Olinda":

Tour of the Mills in Areia