Tourist itineraries and attractions in Paraíba: the Brejo Tours in Paraíba: tour in the Brejo

With an altitude of 526 meters, Bananeiras enjoys a milder weather than average of the Agreste and is included in the geographical area of the semi-arid region of Brazil.

The city is inserted in the geoenvironmental unit of the Plateau of Borborema, which has an accentuated relief, with deep, narrow valleys scattered.

The beginning of the colonization of land took place in the first half of the seventeenth century, from land grants donated to Domingos Vieira de Melo, and Zechariah, who lived in Mamanguape. The village belonged to the jurisdiction of the San Miguel Bay, Bay of Trahison.

In 1822, he moved to the jurisdiction of Areia (Paraíba). The Banana district was elevated to the village by the resolution of the government council and municipal headquarters of May 9, 1833. In 1835 was created the parish of Our Lady of Deliverance. 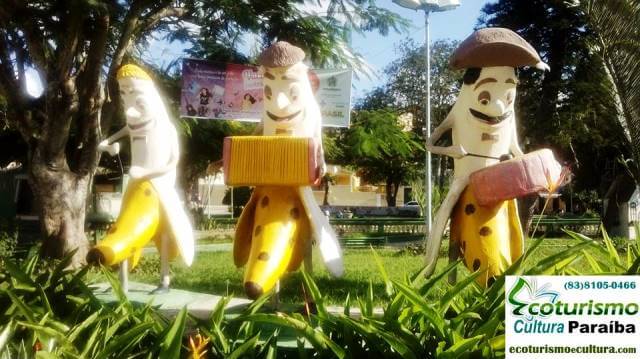 The region was the first producer of sugarcane and coffee. In 1852, coffee production has become the largest of Paraíba and the second in the North. This has made the city one of the richest in the region, and this wealth is expressed in the architecture of its houses.

The railway was inaugurated Sept 22, 1922, after construction of the tunnel of the Mountain of Viração by the Government of Solon of Lucena. At that time, a plague decimated the coffee plantations. The municipality was then facing growing sugar cane, tobacco, rice and sisal.

Church Our Lady of Deliverance

Father José Antonio Maria Ibiapina passed through the area, covering several neighboring villages. The first church dedicated to Our Lady of Deliverance, was completed in 1861 after 20 years.

Its construction was encouraged by Father Ibiapina and had the support of Bishop Hermenegildo Herculano. The former chapel of Taipa having collapsed.

Bananeiras had no more than a thousand inhabitants. In 1919, it received the first paved street, with irregular stones, also called 'pé of moleque' or 'imperiais'. 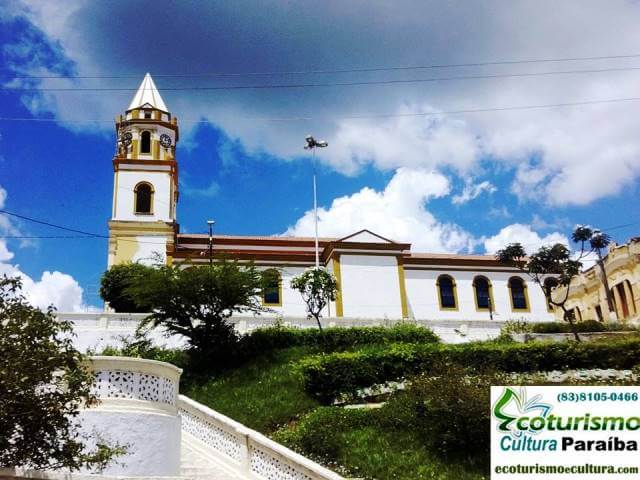 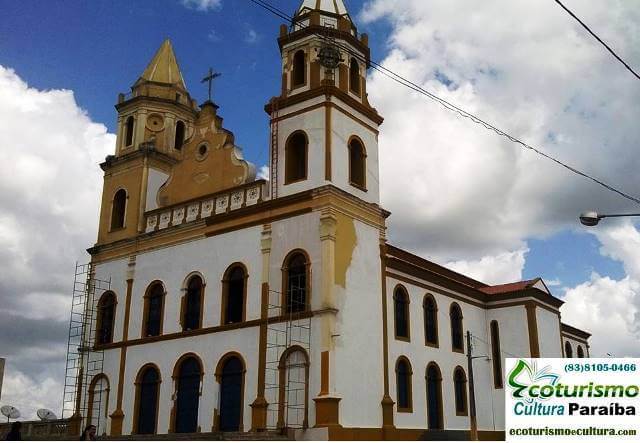 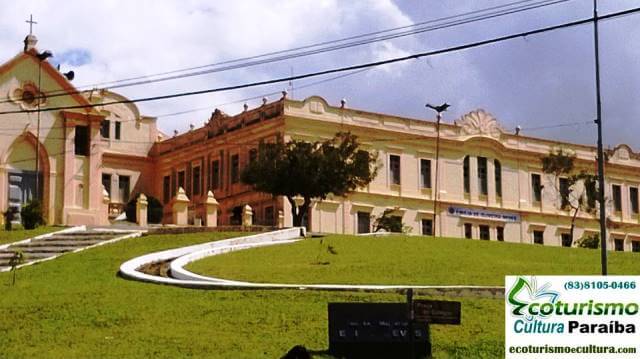 Guarabira - Our Lady of Light

The Municipality of Guarabira has a very irregular surface because it is located in the Borborema Plateau region, in a transition zone between Agreste and Brejo. With an area of 180 764 km2, where approximately 53,000 inhabitants reside.

The city is in a depression surrounded by hills, which produces a warm climate characterized by the absence of wind. 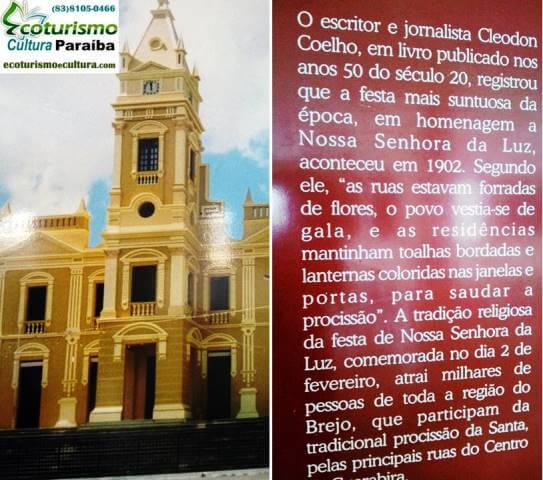 The foundation of Guarabira dates back to 1694, in the lands of the Engenho Morgado, belonging to Duarte Gomes da Silveira.

The main residences built later give birth to Guarabira, which by virtue of its location and the excellence of its soil, has acquired great prestige and influence in the neighborhood.

In 1755 came to Guarabira, José Rodrigues da Costa Gonçalves Beiriz with his family, building a chapel containing the image of "Our Lady of Light" that he brought from Portugal.

This became the patron saint of the city, although the Father João Milanes had built in 1730, the first chapel of the city dedicated to "Our Lady of Conception".

The brother Damian Sanctuary, located in Guarabira (Paraiba) is an architectural design that consists of a museum and a statue in honor of the Capuchin friar Frei Damião of Bozzano, a missionary in the Brazilian northeast. 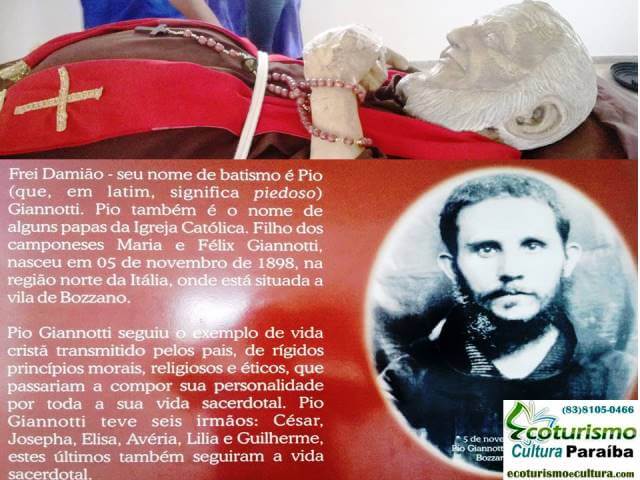 The inauguration in December 2004, was attended by more than 50 thousand faithful. Partnerships were held between the Diocese of Guarabira, the city of Guarabira and the Paraíba state government for its construction.

The sanctuary was designed by architect Alexandre Sour and Memorial Frei Damião, authored by architect Paraiba Gilberto Guedes. The construction work was started on March 27, 2000. 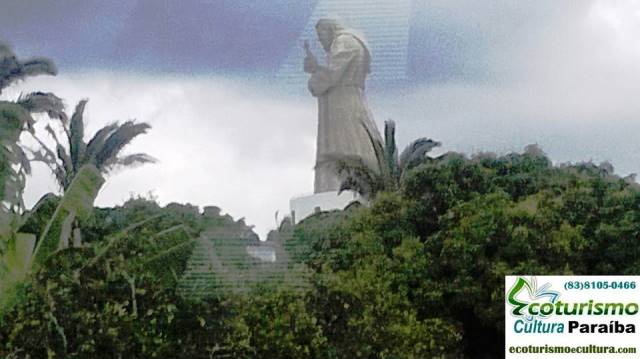 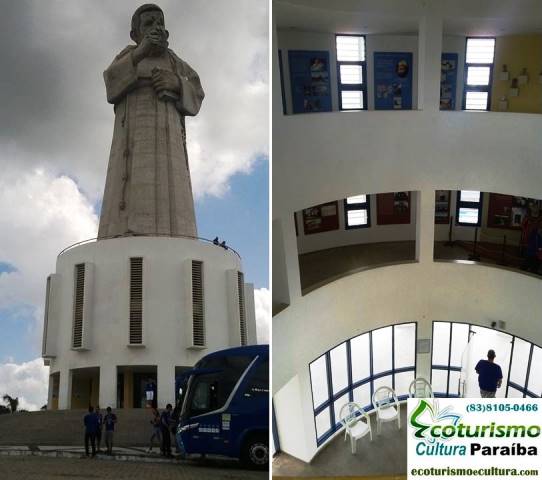 The main attraction of the sanctuary is the statue of Friar Damian which is about 34 meters high and can be seen from anywhere in the city. From the top of the Serra da Jurema, you can see the whole city and some nearby towns within a radius of 50 km.

The monument also has a museum, which was mounted with the council of the Joaquim Nabuco Foundation, home of ex-votos, celebration court, chapel and Via Sacra. 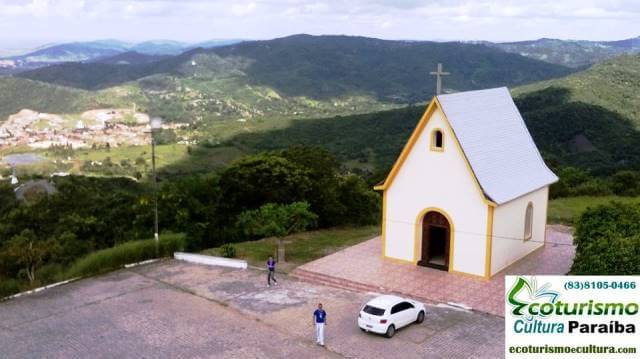 The room of miracles: the museum of the sanctuary Frei Damião, in addition to personal objects, photographs and religious items, also has several full-scale size statues that reproduce aspects of the life of the Saint of Missions. 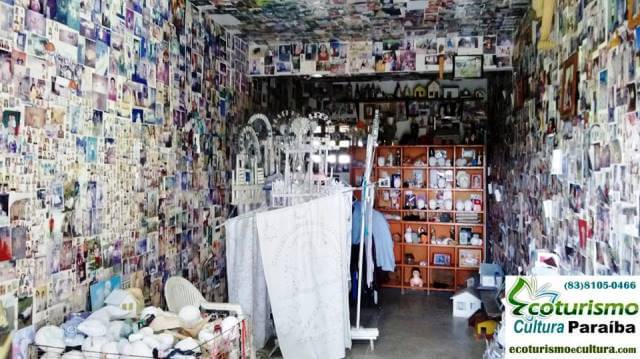 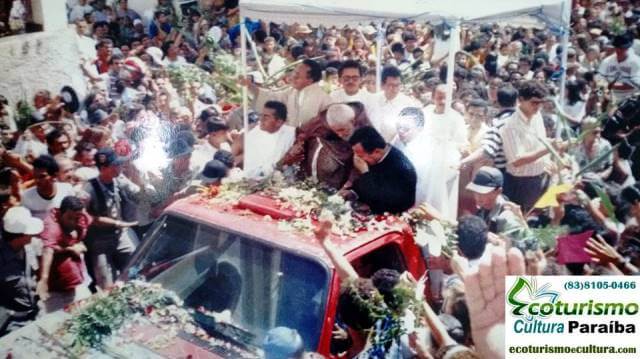 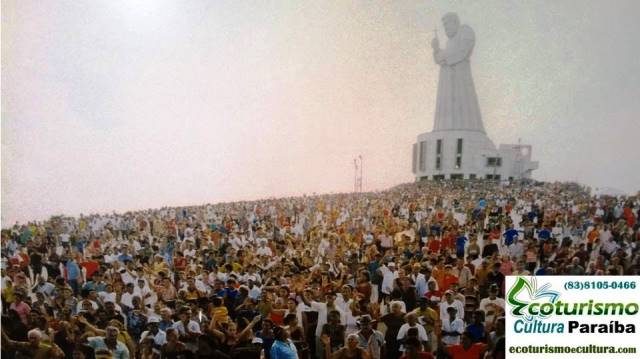 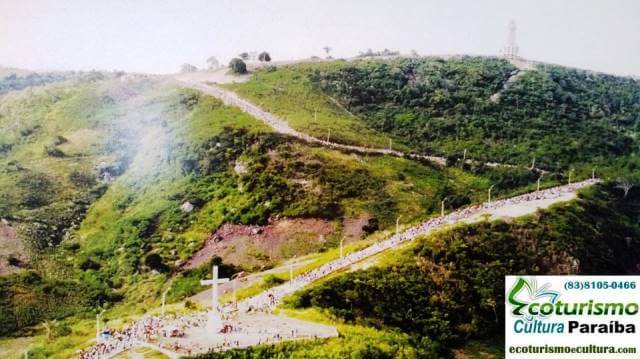 Both access to the sanctuary are paved and lighted. From the top you can see the entire city of Guarabira.

On the way, you can see all the stations of the cross, resulting from the work of local artisans, in addition to the cross, which was brought before the Memorial, in the 60s. 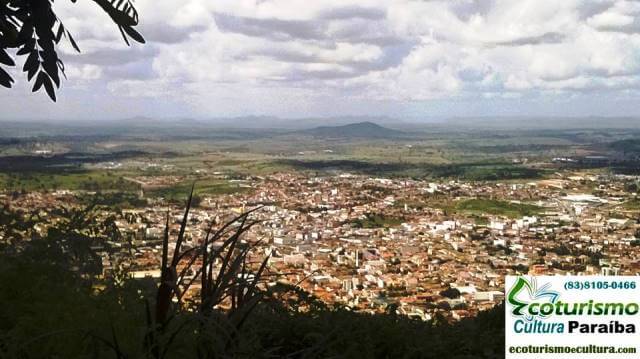 Tour of Ecotourism in Paraíba: eco-tours

The place also houses the tourist who comes in search of tranquility, because visitors can enjoy a delicious bath in lakes and pools that form between the rocks: perfect to beat the heat and enjoy nature.

The waterfall is located at the foot of a mountain and is about 40 meters high, with a dozen waterfalls coming from the Bananeira river that is born in the woods of the UFPB of Bananeira.

Its wild nature and the sound of the waterfall gave it its name. The cascade of Roncador is one of the most beautiful natural sites of Brejo, with its lush vegetation still preserved, even with a high flow of tourists.

Its fauna is home to the families of marmosets and several species of birds. The waterfall is part of the environmental conservation area APA Roncador. 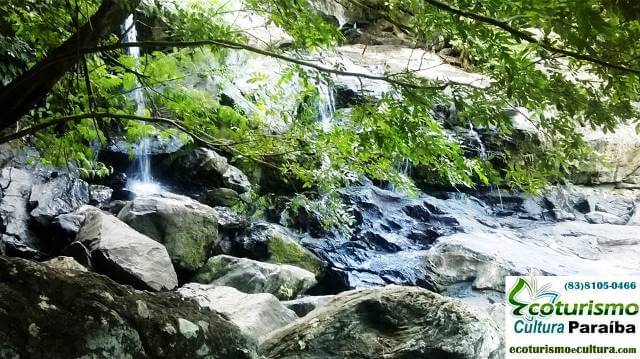 There is a regional food restaurant in the parking that leads to the waterfall. The waterfall has its beauty enhanced during the winter when the water volume increases; the visit is better outside the holiday to avoid the clutter of many people. 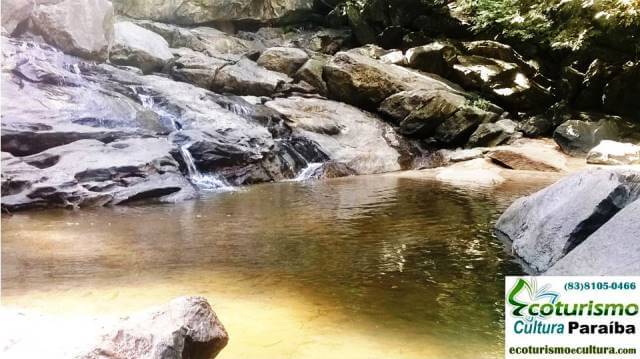 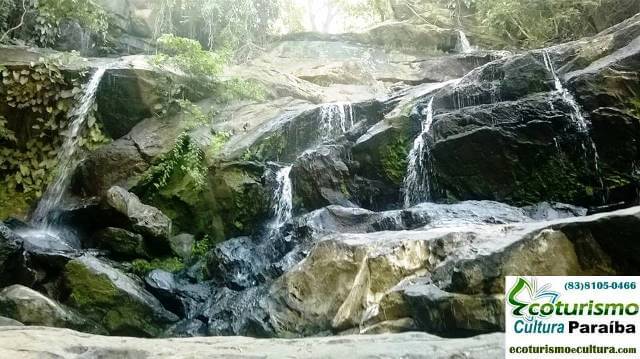 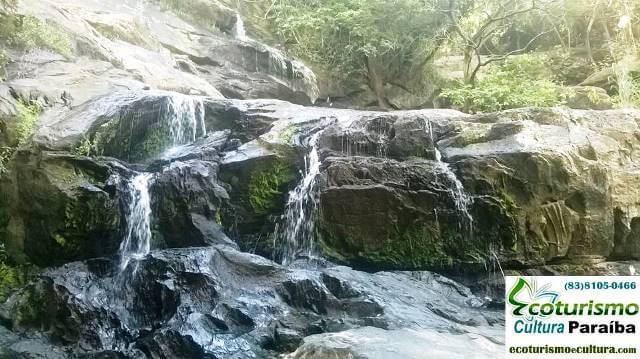 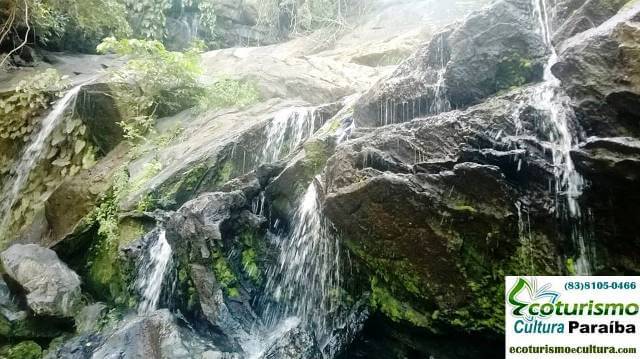